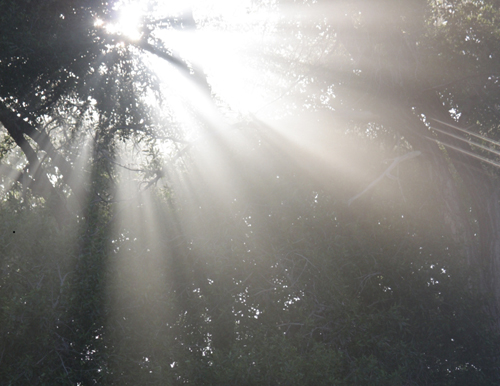 When I was nine, my sister Ria had piano lessons. Being the little brother, I thought I should be able to have piano lessons, too. To me it looked like fun, and I wanted a turn. So mom signed me up.

A lady in our neighborhood, who was also in our ward, taught many kids piano lessons, and for only $3 a week, it was a pretty good way to go, though I didn’t find out until later what a generous teacher I had to charge such a small fee for those valuable lessons.

The lessons were fun, and I learned all the basic musical terms and skills, and obtained a very basic piano proficiency. By the time I had been taking lessons for a year, however, I was tired of practicing, and after a few weeks of dragging my feet, I stopped going to piano lessons.

Years went by, and I didn’t touch my piano books. They were a thing of the past, and any time I considered playing, I remembered how boring practice was, so from the time I stopped the lessons, I stopped playing the piano entirely.

As a young man of fourteen, I loved listening to music while drifting off to sleep. I would stick in a favorite cassette and let it play through to the end. However long it took me to fall asleep, I would always get completely wrapped up in the music. As I made a habit of this, I soon found that the mere act of turning on music and closing my eyes did something to me. It was as if the sounds were wrapping around me, filling me. I don’t know how to describe it, but that simple, quiet music had an overwhelming effect on my whole system.

It was at that time that I came to a realization of the power of music – just a few simple notes, played at just the right… well, everything! The tempo was perfect, the notes were perfect, played at the perfect volume at just the right moments. What was it about this mix of sounds that drew a person in so completely? Was it the flawless skill of the artist, or was it something independent of the musician? Did the music itself somehow convey the sense of completeness and power that I felt?

Much of the music I listened to was religious music, and the powerful feelings I felt while listening to that music were always accompanied by an intense spiritual high that made me want to be better, do more good, and reach out more to bless the lives of more people. But a lot of the music I listened to was simple New Age music, which at that time was sometimes called Easy Listening music.

One night, while listening to some of this gentle music, I felt something unique – or I heard something, but with my feelings rather than my ears. It was as if someone or something was sending a clear message through while my mind and heart were in such a susceptible state. The message was simply this: “You can give this gift to others.”

I lay motionless, still wrapped in the feelings and power of the music. The words had been clear. You can give this gift to others. What gift? Music? The ability to play music? The feelings that the music expressed? Though the message had been clear, I didn’t know for sure what it meant.

The more I thought about it, the more I felt that it was time to go beyond simply listening to and enjoying music. I needed to make music.

Yes. The piano. The family had a piano. I would would get out my old lesson books and start learning to play first thing after school the next day.

Okay, ya’ll, I want your input!

If you REALLY don’t want to vote, just vote the “I don’t think I’ll vote this time!” one. There’s nothing required, and I won’t see who votes for what, so vote away! You can vote for more than one if want, too. Also, if you have ideas about that aren’t one of the options or if you want to expound on your response, either write in the little orange slot or just leave comments!

Isn’t the Internet amazing? From genealogy to gardening, from movies to email – the Internet has so many resources that it has made a great impact on our day to day living. While we must make necessary precautions to avoid the evil influences that can be found on this almost unlimited source of information, the good influences are more prevalent than ever before.

At least once a month, I discover a new website that absolutely impresses me. I’m sure many of you have the same experience. So let’s share what we’re finding. What are some websites or Internet resources that have really impressed you that other readers may not yet know about?

Here are two of mine:

Pandora.com
I don’t think I’ll ever go back to ordinary radio, so long as sites like Pandora exist. Pandora is an online radio station where you create your own stations (as many different stations as you want) from your favorite songs or artists. Once you type in a band or song, it will create a station based on that style, and then find other bands of the same style. As it plays songs, you can thumb up or thumb down the song to tell Pandora if you like it or not.
No matter what kind of music you listen to, it’s there. I have an LDS station, a contemporary rock station, a Celtic station, a piano solo station, an African traditional station, a country station, a soundtrack station, an oldies station, a native American station, an a cappella station, and about half a dozen other stations. I have friends with hip-hop stations, goth stations, and oh, I almost forgot, I even created a funny station. It’s really amazing. I can listen to it all day.

Podcasting
I’ve known about the idea of the podcast for over a year now, but only in the past few months have I discovered that podcasting is its own entire realm of social media. You can find a podcast on any subject, and thanks to feed readers (such as Google Reader – which is built into every Gmail account), you can have a collection of dozens, even hundreds of regularly updated podcasts on your favorite subjects.
So why is this such a cool thing? Consider that you are interested in pottery. A rather obscure interest in terms of the Internet, don’t you think? Well there are a number of pottery podcasts. If you have a computer in your home, you can listen to your favorite pottery podcasts and hear interviews with some of the worlds greatest potters while you are doing the dishes or exercising.
If you have any kind of Internet handheld device, you can listen to your favorite podcasts while you drive, walk, or work. I listen to podcasts often at my job, because I sit at a computer for the majority of the time. My Google reader is automatically collecting podcasts on dozens of topics that I have chosen, such as the music business, gardening, humor, fiction stories, genealogy, writing, news, photography, science, and as of today, dogs. That’s probably only half of the topics I do, and in each topic, I have numerous podcasts.
If you don’t know where to start, either Google search “podcast directories” or simply “pottery podcast” or whatever topic interests you. Google is pretty good at finding stuff like that. While your at it, start your own podcast. How? Google the words “how to make your own podcast.” It’s really easy.


So how about you? Any sites or Internet resources that have really impressed you?